Lightning Fibre Full Fibre Broadband ‘races’ into Bexhill, 120 years on since British Motor Racing was born in the town. 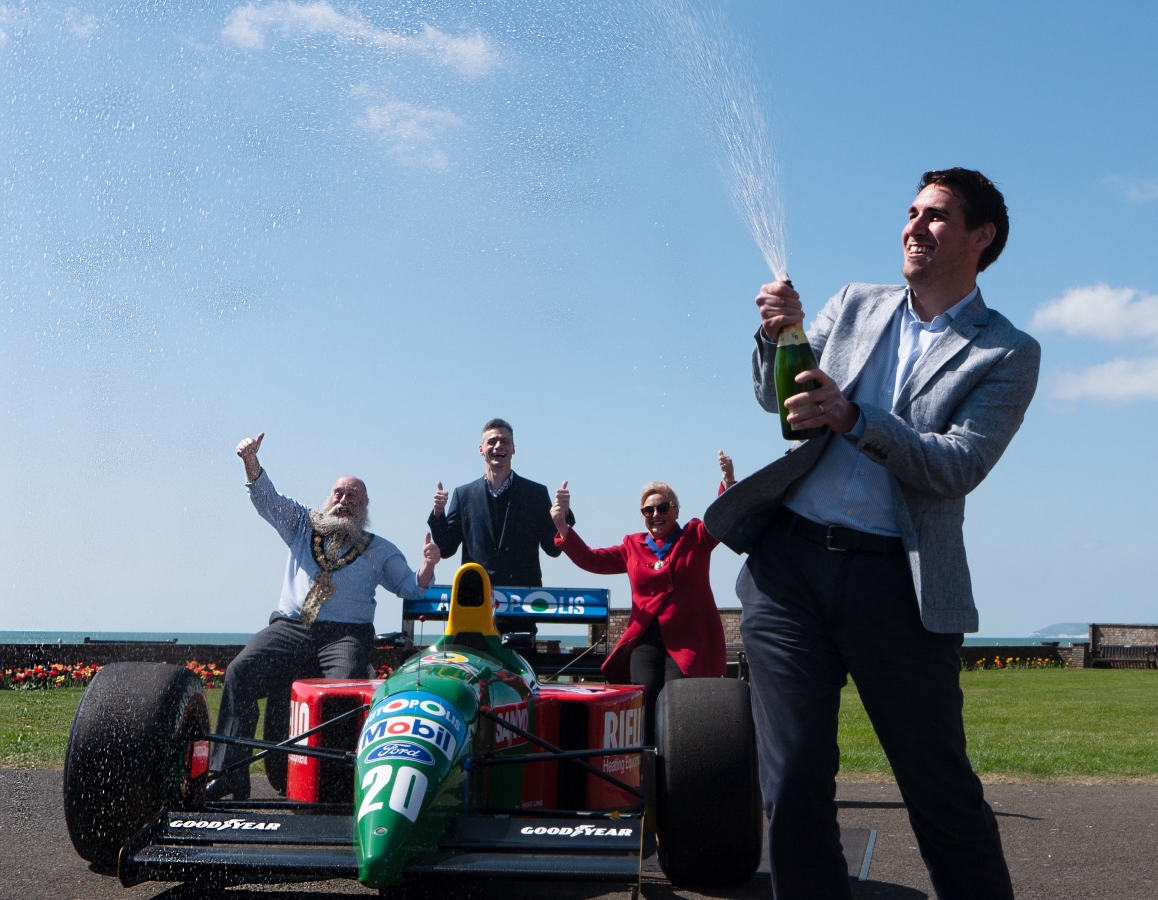 Lightning Fibre, Lightning Fast! The local AltNet for the South Coast, Lightning Fibre Broadband, roared into Bexhill with a Formula One Grand Prix Winner, to announce it’s network expansion and celebrate 120 years since the birth of British Motor Racing, formally recognised by the RAC as taking place in Bexhill-on-Sea in May 1902.

Cllr Harmer, commented on the news, “Better broadband is vital for residents and businesses in Bexhill and across the district. This investment, and the creation of local jobs, is a real boost to regeneration efforts and the council whole-heartedly supports this announcement.”

The 1990 race winning Benetton was chosen in a nod to the birth year of the World Wide Web, when Tim Berners-Lee and his colleagues at CERN developed hypertext markup language (HTML) and the uniform resource locator (URL), giving birth to the first incarnation of the World Wide Web.

Ben Ferriman, Lightning Fibre Founder and CEO, added,“It was always my intention to include Bexhill in our network expansion -connecting our Eastbourne and Hastings infrastructure to bring Full Fibre symmetric future-proofed hyper fast broadband to Bexhill.  Bringing the world’s fastest car with us to celebrate the arrival of the world’s fastest broadband is the perfect way to launch our network in Bexhill. We pride ourselves on being the only locally-founded Full Fibre network headquartered in and focused on East Sussex.”

95% of Lightning Fibre employees come from East Sussex,and the install and customer care teams are based in Polegate. The company charges highly competitive prices, to suit all requirements, and local residents are encouraged to register online at www.LightningFibre.co.uk for more information. As the network is symmetric, unlike many other network providers, consumers enjoy guaranteed upload and download speeds of at least 100Mbps at the modem. The network supports 10,000Mbps, making it completely future-proofed for decades to come.

The Company will announce further expansion soon, with 100 more local jobs being created now to support that future growth. ‍