Full Fibre, So What? 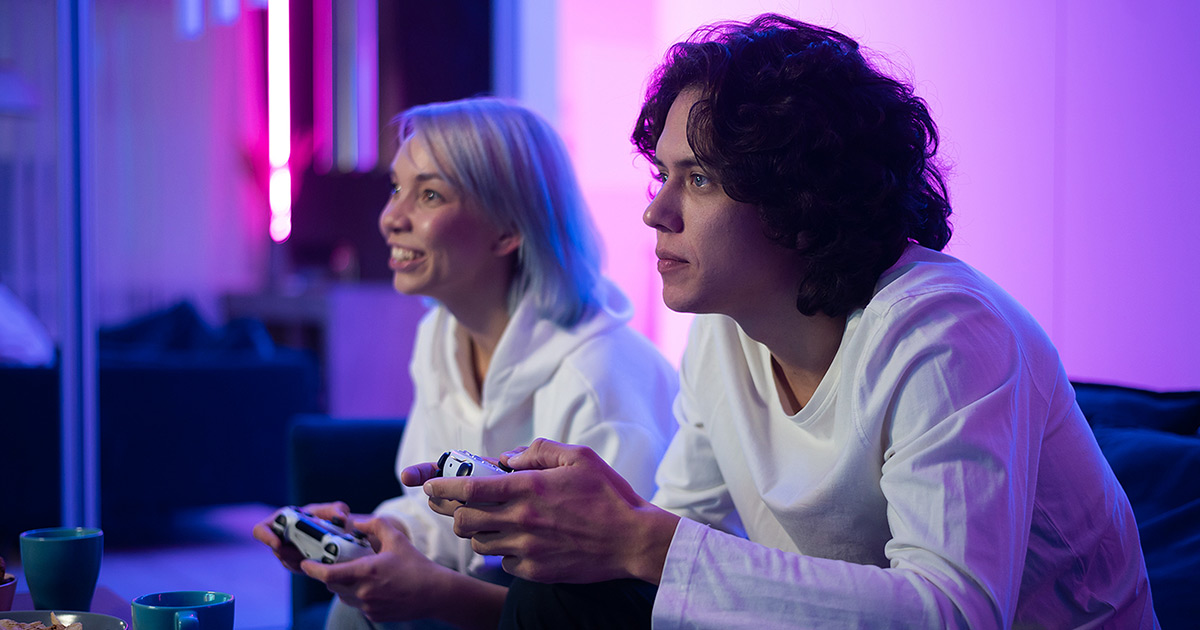 On average, a British family now has 28 devices connected to the internet – and online activity has peaked during the pandemic with more of us confined to our homes for work and study.

Families are spending more and more time on their smartphones and browsing social media, in fact, smartphone use has rocketed by over 150 per cent since the first lockdown in March 2020.

“There can be few areas of modern life which are not touched somehow by broadband connectivity – whether it’s supporting how we work, how we learn, how we communicate with friends and family, or how we entertain ourselves.” Chris Green CEO, SQW Group.

A lack of modern infrastructure in some countries or regions could in turn hamper the development and use within Europe of next generation entertainment services (such as ultra-high definition 4K and future 8K video), cloud computing (which requires high upload as well as download speeds), and applications such as eHealth, eEducation and live security services, and limit the potential for small businesses to take advantage of the digital single market. For gamers, without a hyper fast (full fibre) broadband, going ‘all-online’ with the PS5 Digital Edition won’t be possible.

Europe’s ‘connectivity gap’ means that it will be less well placed to develop innovative applications and services compared with more digitally advanced economies or benefit from their use. In turn this is likely to have a significant impact on productivity and growth. There is also evidence that a persisting ‘digital divide’ between countries and regions of Europe may affect migration, employment and social inclusion.

It could also impede the development of modern flexible business practices and home-working, which offer the prospect not only for increased economic growth and societal welfare, but also reduced travel and environmental benefits.

The digital divide is also driving an educational crisis. Nick Flaherty, Digilocal, commented in January 2021 that, "There is still a serious lack of understanding from the government on what families need.

They need broadband and iPads or laptops. The pandemic could provide a spotlight on digital inequality."

FTTH (full fibre to the home) is not just about speed… it’s a revolution!

What is the fundamental difference? Isn’t Fibre, well, Fibre?

It’s this old, copper line that causes the problems with your internet connectivity and speed. A Full Fibre network gives unparalleled speeds and reliability. In fact, many technological advances will only be possible with a full fibre network.

At more than three times the average broadband speed in East Sussex, a 100Mbps connection makes it possible to download an entire music album in five seconds, a television show in 30 seconds and a high definition movie in just seven minutes.

But ultra-fast broadband over FTTH is about much more than just doing the same things faster. Some services work much better over FTTH, while others simply won’t work at all without it. Healthcare and security applications, for example, demand ultra-high quality-of-service and reliability.

Full Fibre access networks have lower latency, which means no noticeable delay in exchanging information. This is important for applications that depend on real-time communication and high resolution images, such as remote medical diagnostics and surgery, as well as online gaming and other interactive entertainment services.

Full Fibre access gives customers the bandwidth they pay for, because the optical cable does not impose physical restrictions on the speed that can be achieved – unlike copper telephone cables, fibre’s speed is not affected by the distance from the customer premises back to central switching points. In comparison to wireless, subscribers do not share limited frequencies with other users, and there is no electronic interference. Endusers thus get the same speed regardless of the number of users (as opposed to mobile) or distance from the cabinet (as opposed to copper).

Full Fibre subscribers also have “higher satisfaction rates with their service providers than other broadband users”. [The FTTH Council Europe]

It’s not only the fastest broadband, it’s also the greenest

Working from home, either part time or full-time, is no longer just a lifestyle choice; it is now a national imperative. In Europe, the typical commute is a 30 km round trip. If everyone worked at home just one day a week, morning congestion on roads and mass transit would decrease by almost 20%.

Analysts believe that faster broadband will lead to a reduction in the UK’s annual commuting distance of about 2.3 billion kms by 2024, with a total net carbon saving from faster broadband of 1.6 million tonnes of CO2e per annum by 2024. (source SQW, 2013, UK Broadband Impact Model)

The deployment of ‘all FTTH/B’ infrastructure could lead to environmental benefits resulting in 88% less greenhouse gas emissions per Gigabit in Europe. The emissions estimates were based on electricity consumption associated with different technologies. (source Ofcom 2018)

During 2020, there was a 15% increase in the number of people relocating from London to Eastbourne (Source: Daily Mail). Over 73,000 people left the capital, a four year high. On average, Londoners selling up move an average of 41 miles away - Eastbourne is over 60 miles, but under 2 hours by train.

Research by Estate Agency Yopa shows that fast broadband is important when attracting buyers - 28% would pay more for a home with ‘fast’ internet access, and a further 71% would reject an otherwise ideal home if they knew the broadband was not quick enough.

For example, five family members each watching high-definition video-on-demand or playing a video game require 50 to 75 Mbps. This increases further (x4) if viewing ultra-high-definition televisions, with a resolution of 3840 x 2160 pixels, with four times the image resolution compared to the best 1080 pixel high definition TVs.

Do you ‘double-stream’? Probably. 70% of us admit to 'double screening', watching TV at the same time as another screen, for example a smartphone or tablet. This puts even more strain on your broadband. Plus, when demand peaks (between 8pm and 10pm), 40% of us experience slower speeds.

The Gadget Show’s Ortis Deley summed up our new way of life, “Connected devices have fast become a key part of our everyday lives, and this year (2020) more than ever has highlighted the importance of a reliable, quality broadband connection around the home”.

The bare minimum for working from home would be download speed of 25Mbps – if just one person is connected. If you’re working at the same time your family is doing homework, streaming, or gaming, then you should bump that number up to 50Mbps.

To keep everyone comfortably productive and happy, though, 100Mbps is best. And if you’ve got a smart home system or a large household full of internet users, then consider 200Mbps.

Whether you’re casual or hardcore, PC or console, fast broadband is an essential weapon for today’s gamers. Low latency (or ‘ping time’) - the response time of a connection is essential for online gaming, as high latency introduces delays which put you at a huge disadvantage.

Excessive ‘jitter’ - how much your latency changes from moment to moment- can render an online game unplayable.

As well as low latency, a key feature of full fibre broadband is that there is plenty of bandwidth to go around even the busiest of homes. No matter who else is online in your home, your high speeds will not change. The same cannot be said for fibre networks which still rely on some old copper wiring.

With Lightning Fibre’s full fibre broadband you can download an average AAA game in under 6 minutes.